Okay – so here’s the thing about spas in Germany – no pictures. I tried once to bring in my camera, but in good German fashion I was told I would not be able to enter unless I put the camera away…. oh AND tooe off my bikini. So this time I was prepared to go fully naked! But also no pictures. Will re-post those from the spa websites.

So Germany really is my spa home. You know you get used to being naked and the sweating really is a full body. But these spas are worth it!

In Berlin proper there are many options – public pools with “Saunalandschaft” – beautiful Roman / neoclassical bathing spaces – floatoriums where you can listen to EDM under waster – but I am taken away with how many kind of saunas this country can come up with. So I made two stops:  Vabali and just outside of Berlin Tropical Islands.

Vabali is one of these massive German sauna spas with 11 saunas on their large property on the edge of a large Central Berlin Park – in old West German (I think – but not too far from the old Berlin Wall perimeter). And it’s Balinese-themed – you gotta have a theme right?  It’s just incredible that these kinds of are able to exist and thrive in the middle of the city. Coming on to the property you might as well have been in the courntyside.

We arrived early on a Sunday to avoid the crowds which was great because the naked crowds did come!

There is just so much to see and do here. All their saunas are themed with different temperatures and their Aufguss schedule is all day. You can choose whether to go for a sage and lemonsgrass Aufguss at 1:30pm or a peppermint rosemary Aufguss at 2pm in and entirely different sauna! The choices were truly amazing.

There was an outdoor banya that offered communal venike – which I had never seen before. Instead of wafting the birch branches over bodies the Saunameister just sprayed the full banya with the excess water from the leaves. The banya itself was not very hot but by the end there was for sure 100% humidity. There were two full breaks so that people would not overheat. We were told to hold ice by our nostrils so that we wouldn’t burn our nose hairs….. it was great!!!

But this is really just the start. Each sauna was unique and had it’s own fun rituals. Like in the Vabali di Luar offered a salt scrub and honey treatment during its Aufguss.

There were pools, steam rooms and lots of areas to rest – waterbeds I think. Great to have a sweating break and replenish with a beer! Open until midnight…. just a great way to spend the day! Worth every penny – just get past being naked. It is really worth it.

(Vabali indoor pool)
After being very happy about my walkable, in city experience, on an extra day that I had, I decided to trek out of town. But there was good reason – I had heard a myth of a massive Saunaland that had been built from an old blimp hanger. After doing 2 seconds of research 🙂 I found “Tropical Islands”. It is as my google search describes it: “Europes largest tropical holiday world”. (Um actually I was looking for a more temperate holiday world?). After taking the wrong train out of town and then 1.5 hours to the right place station, we took a bus through some strange camp with retro mound buners and finally reached this:

One can imagine how big blimps are and how large the area required to make one would be. This space was huge – it is kind of its own world. You can stay there overnight in their 26 degrees tents or air conditioned cabins. This place is really a Disneyland of water parks. Soooo you have to pay just to get into the place and then you must pay extra to go into the Saunaland. You can imagine after walking around every tropical cliche in water park form I was kind of excited to see what the country that brought us the Aufguss would do for their saunas. 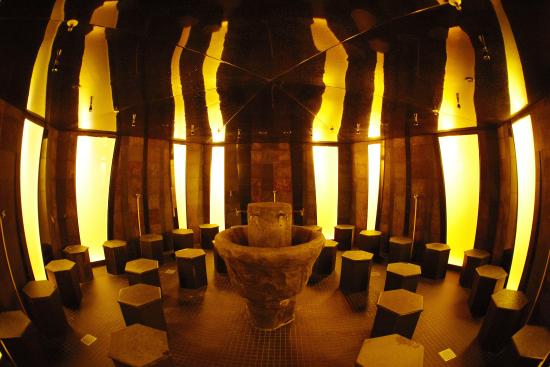 It certainly was colouful. There were some really nice saunas there and some neat little treatments – like the mud scrub / meditation / colour therapy that rains all your mud off after 30 minutes. Fun little things like that.
But there was something strange about walking through the whole Tropical Island World, swiping our wrist bands to get into the Saunaland and then stripping down naked. There are definitely no exceptions in the whole naked heat-bathing in Germany. But it was also a little bit less pleasurable to heat bathe and then come out to a tropical temperature. I guess this is reason why saunas are less popular in tropical places. 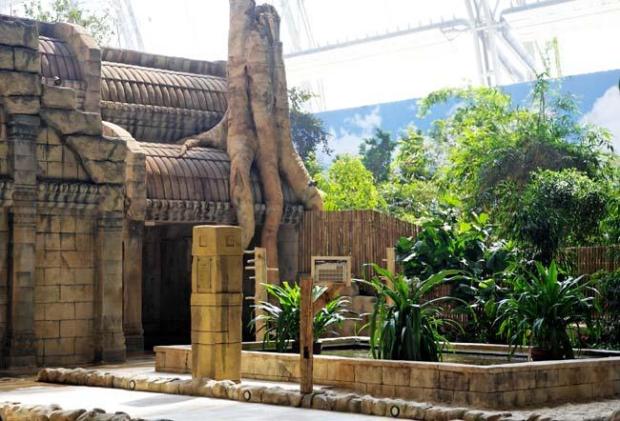 It is quite a large and crazy thing to see. If you have kids this might be a great place to kills many birds with one stone.If however you are just into the sauna thing – I might suggest the local places with their Berliner charm like, Stadtbad Neukoln.
https://www.berlinerbaeder.de/baeder/stadtbad-neukoelln/?utm_source=google-my-business&utm_medium=link&utm_campaign=content-api
Also just a little reminder that there is a strictly enforced etiquette when it comes to German saunas. Sit on your towel in the sauna, don’t leave in the middle of the Aufguss, and, of course, remember to take off ALL your clothes!
One thing I know for sure – I could truly spend the rest of my life living in Germany and going to a new Saunaland(schaft) everyday. Thanks again Berlin for being a truly great city! I totally have a crush on you 🙂 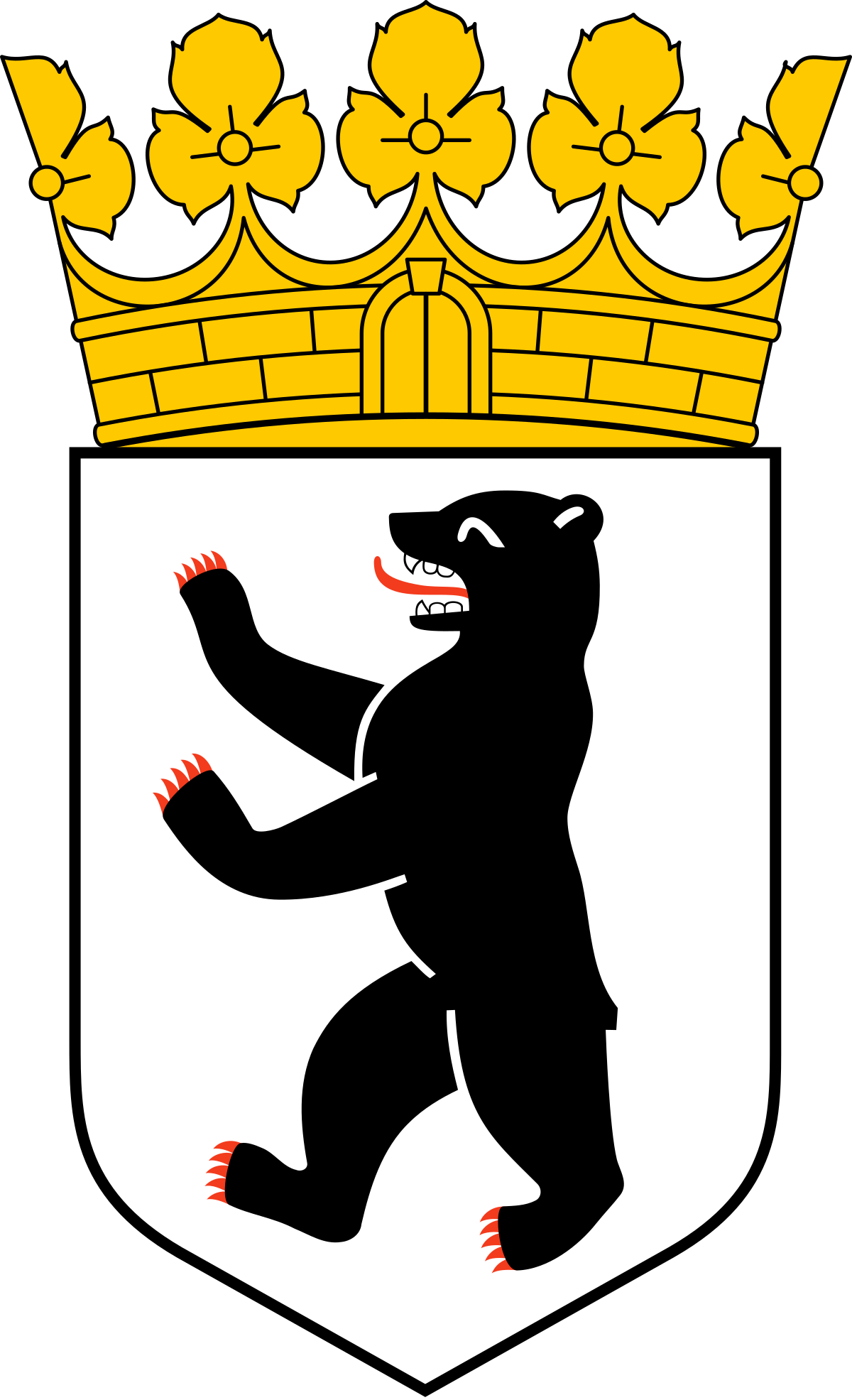